There is nothing better than a creamy chocolate pie. Buying a store bought pie is okay, but making a pie from scratch makes it ten times better. Making everything from the pastry dough to the chocolate pie filling can be a big effort that pays of in a creamy and melt in your mouth taste. To make the crust you will need the following ingredients.

Start by taking all the ingredients and dumping them into a large mixing bowl. While some may say that mixing them in slowly or one at a time is best, it really doesn’t matter for this part of the recipe. Using a dough hook in the mixer, turn the speed on low. Allow the mixture to blend for about 2-3 minutes or until a nice ball forms in the bowl. It is not uncommon to have a great deal of crumbs in the bottom of the bowl. If this happens, stop the machine and incorporate the crumbs in with the mixture. You may need to add a bit of cold water to get the crumbs to adhere to the mass.

Dough that is full of crumbs is too dry to work with. After adding more cold water, simply put the mixture back on the mixer for a couple more minutes. Be careful not to over process the dough or this will cause the crust to be tough. This recipe allows for a nine inch pie pan or tart to be covered nicely with some overhang. It is important to chill the crust a bit before begin the rolling process when using butter instead of shortening. However; this recipe allows you to take the dough from the bowl to rolling surface instantly.

Because dough can get tough when over handled, it is best to safe rolling for last. Pat the dough into a ball and begin working it with your hands to resemble the shape of a pie pan. You will need to add some flour, but little is more as it too will make the dough tough. A little trick that most professional bakers use is to put their dough in between two pieces of wax paper to roll. By doing this you don’t have to put excessive amounts of flour during the rolling process. This also makes cleanup a breeze. Roll the dough the same size as your tart pan and place it in the pan. Fit the dough carefully and then crimp the edges for appeal. Bake on 350 degrees for 20 minutes.

Start by taking three cups of milk and putting them over a medium heat. In a separate bowl, mix all the dry ingredients together. Once the milk is heated, slowly combine the dry ingredients with the warm milk mixture. A dry whisk it the best way to combine the mixture, as this will help to prevent the cornstarch from clumping. In a separate pan, melt the unsweetened chocolate on a low flame. It is also easy to put this in the microwave unit it is melted. Add the chocolate to the combination and whisk over a low flame the entire mixture. You don’t have to pre-melt the chocolate, but it helps to allow the mixture to combine nicely. It is also easier to avoid scorching the chocolate because it is already melted and the other ingredients are warm.

Bring the mixture to a soft boil and allow it to boil for approximately one minute. In the meantime, while the mixture is boiling, the crust should be taken out of the oven and should be darker. The crust should have been in for about 20 minutes at this point. If it needs it, you can put it back in for an additional 10 minutes. Once the chocolate mixture is ready, add a pat of butter into the mix. This will help give the pie filling an amazing flavor. Pour the chocolate mixture into the pie shell and place it in the refrigerator for 1-2 hours. This pie will make your guests think twice before buying a store bought pie again. 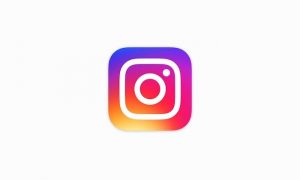 1xBet Mongolia is our most generous friend. Visit their site for the best betting expirience